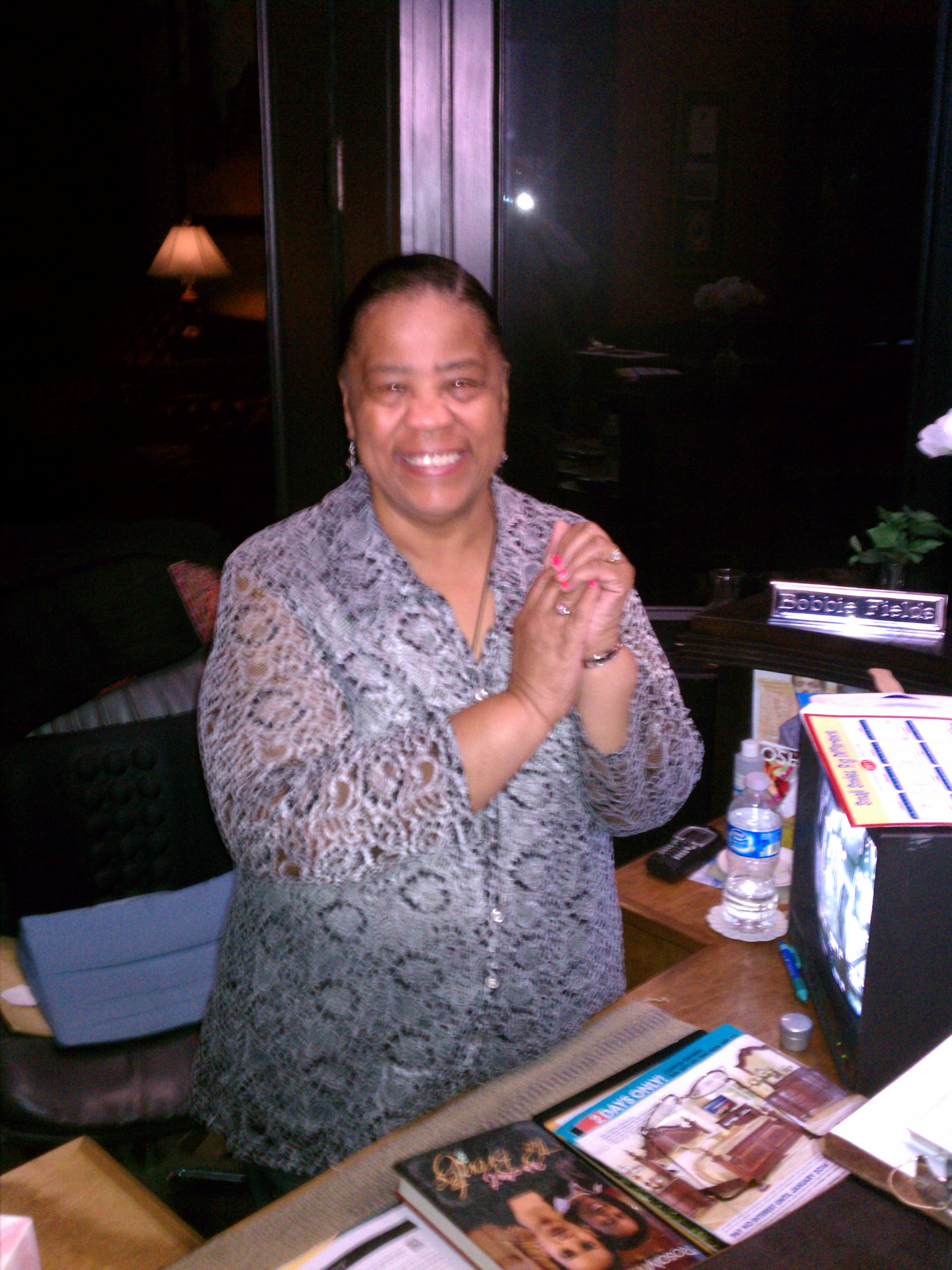 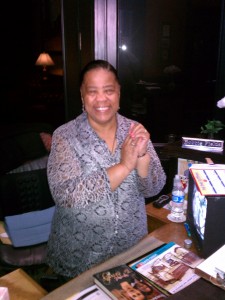 These are just some of the adjectives offered by colleagues about the woman who serves as the greeter, information desk attendant and security officer at our downtown Nashville office building.

If one is ever having a down day, a short stop at Bobbi’s desk at the entrance of the historic Castner-Knott building will immediately improve your outlook. If you’re already having a great day, then a brief visit with Bobbi will make it even better.

Bobbi Fields is her name and making others feel better is her game, despite what her job description might say. She’s the first face one sees each morning in our office building.

The building’s tenants unanimously concur that Bobbi is one of its greatest assets. Arriving at work is much like being welcomed home by a favorite pup that you can’t wait to see. Visitors to the building often comment that they’d like to make it their home away from home, too.

Though I’m not certain what Bobbi’s did before she took this position 11 years ago, I sense that she must have been at one of Nashville’s famously friendly meat ‘n three restaurants. During the eight or ten steps that it takes to go from the door to the elevator, she can roll off a “honey, sweetie, my love, darlin’ “and a couple of other salutations, as well.

When Bobbi had surgery and missed three weeks of work recently, the temporary security guard said that he’d received so many inquiries about Bobbi’s condition, that he felt he needed a sign saying:”Bobbi’s fine and she’ll be back soon.”

Few times in my life have I known a person so consistently and genuinely…loving…caring…pick any adjective. When one thinks about those who’ve influenced their lives, how often is it the person who does a few small things in little ways that, at first, neither you nor the influencer is aware of?

A few years ago, we all suffered when Bobbi’s daughter was stricken with cancer and passed away. Bobbi, ever the trooper, took the role of primary caregiver for her grandchildren. We, too, now beam with pride when occasionally we see them with Bobbi and, as adults often do, marvel at home much they’ve grown so quickly. Throughout her own tragedy, Bobbi managed to remain positive. We suffered and mourned with her, yet somehow she always made us feel better instead of us performing that time-honored ritual for her.

Our building, located at 618 Church Street (the entrance is actually on Capitol Boulevard), is just across from the main Public Library. If you’re ever feeling down, just pop in and say “Hi, Bobbi!” I guarantee you’ll feel better instantly and depart saying, just as we do every single day, “Thanks, Bobbi. You’re our special ray of sunshine.”