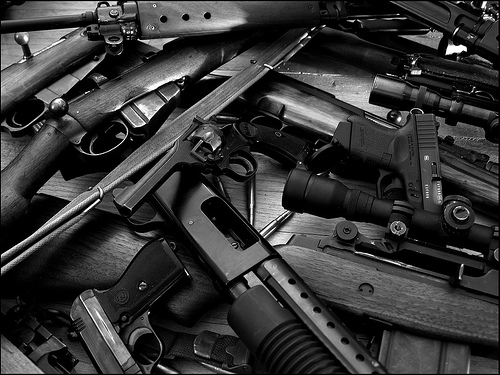 As this final (allegedly) legislative week unfolds, my fellow Democrats (the remaining few left in the General Assembly) brought shame to our party.

Playing political games can be entertaining, but to play games with guns is no laughing or recreational matter. The overall story is the battle over guns in parking lots. Tennessee has been thrust into the spotlight with that issue when the attention should be focused on the budget and wrapping up this session in a responsible fashion.

Responsibility is something the Democrats abandoned when, on the Senate floor and in the House Calendar and Rules committee, they attempted to force the Republicans to vote on bringing the issue to the floor for a vote. While I understand the strategy, I, along with many others, are dismayed that this particular issue was the one selected for use in a
game of one-upmanship.

College football coach Steve Spurrier turned his “fun and gun” offense into quite a success at the University of Florida, but he was using young adults who were simply playing a game, not fully mature Americans dealing with the finality of life and death.

The blame, which can be ascribed to all Democrats who went along, is squarely centered on the leadership: Sen. Jim Kyle in the senate and Rep. Mike Turner in the house. How can these party leaders expect us to receive R-E-S-P-E-C-T when we are not
RESPONSIBLE? I think the only way we can regain stature is to resist those in the legislature who are the thorns in the side of responsible Republicans and reasonable Tennesseans everywhere.

Tennessee businesses, education leaders, and law enforcement officials all oppose this bill. Surely they must be shocked at the power of the National Rifle Association and their cohorts.

Watching the blatant bullying by the NRA, it would not be surprising to see the barrel of this ugly issue raised again before the session ends. If, and when it does, I hope my fellow Democrats will stop playing with gunfire and do the right thing. Just ask your friends associated with Virginia Tech whether they are still suffering from the tragedy
that occurred there. They can certainly attest to the fact that this is very serious business, indeed.